There are several caves in the territory of Verkhovyna park. Underground tunnels give the opportunity to look at the place from a completely different side. So to speak inside out. It is important to remember, for your own safety, that not all caves can be reached by yourself.

There are gorges where you need to go only with an instructor or a professional guide. To explore the caves, you should take care of comfortable shoes and clothes that will not interfere with your movement, will not have unnecessary details that can complicate movement.

Well, and of course, which you do not mind cover in dirt. After all, caves are often narrow tunnels that need to be crawled.

One of the most interesting and largest caves in Chyvchyn is the Perkalab-1 cave. Its length is about 35 m, the difference in height is about 15 m. The cave of tectonic-gravitational type is laid in Triassic marbled limestone. The peculiarity of the cave is that the largest cave in the park is easy to reach.

This cave of tectonic-gravitational type is laid in Triassic marbled limestones. The length of the cave is 31 meters. A great reward is the landscape you will see at the exit of the cave - in the valley of the stream Velykyi Preluchnyi. 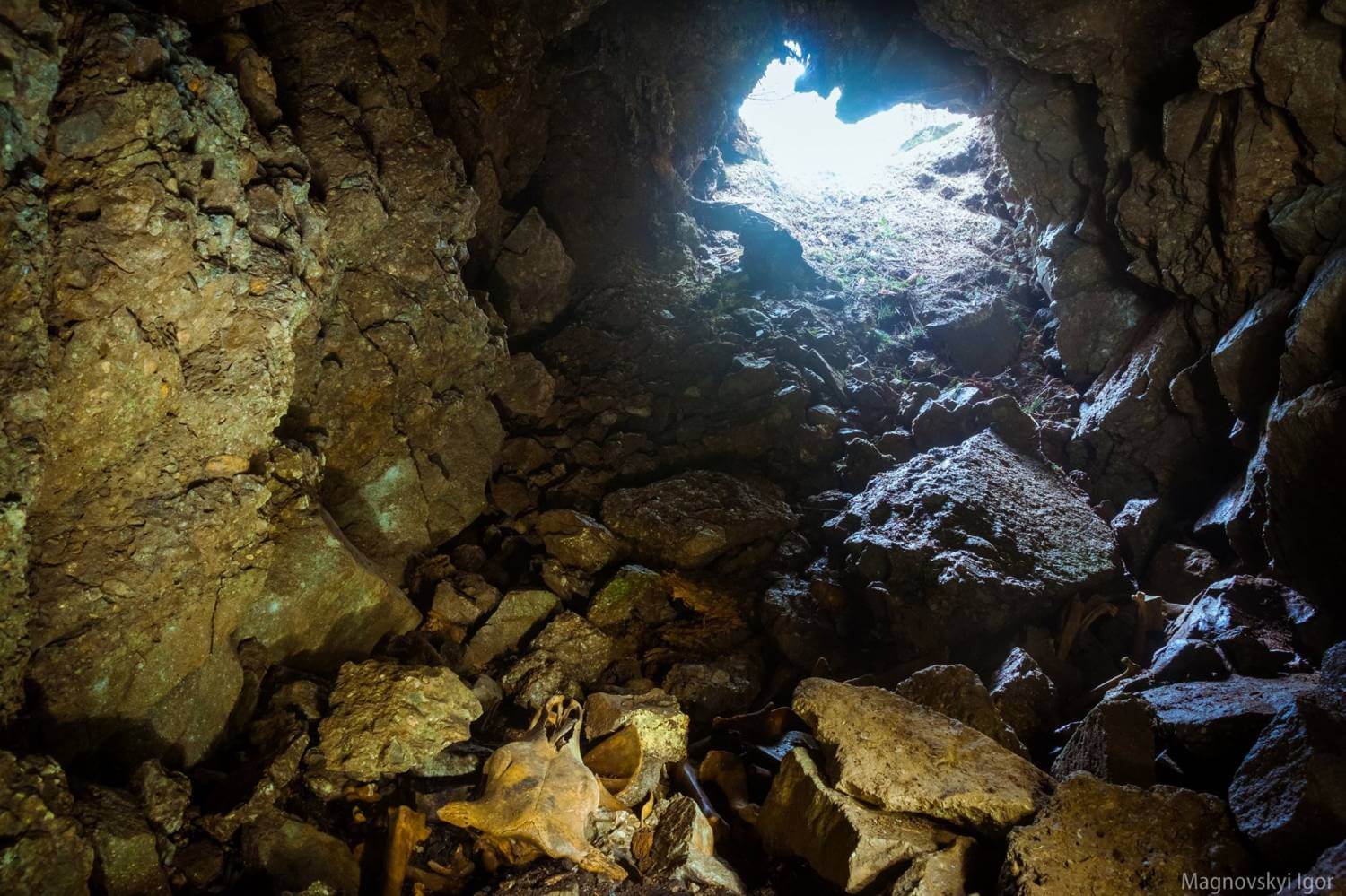 A group of caves on the slopes of Mount Chyvchyn

On the northeastern slope of Mount Chyvchyn (at the foot), in the territory of the park extension, there are six caves-cracks from 3 to 10 meters long. It is easy for anyone to get to several caves. But there are those where the passage is narrow - to climb there on their own, without the equipment and assistance of specialists, is not worth it.

In these caves you can see the structure of the upper layers of the parent rock.

Cave near the Albinska mountain meadow. An interesting feature of this site is that it is an artificial dungeon planted in sandstone conglomerates - probably part of the dugout of the First World War, which was then used by bears as a hiding place or den. Once there, you can see many skulls and bones of various animals, which were apparently killed by bears.

A very narrow crack near the top of Mount Tsorkalo. The name of the mountain comes from the name of the cave: when a stone thrown into the cave fell down, it hit the walls, making the sound of "tsork-tsork-tsork". In May 2016, specialist Igor Magnovskyi with the help of special equipment, for the first time in history, managed to descend to the bottom of the cave, the depth of which is about 20 m.

It is impossible for tourists to get there. But you can see the hole in the cave and, throwing a stone, hear a kind of "tsork-tsork" ... 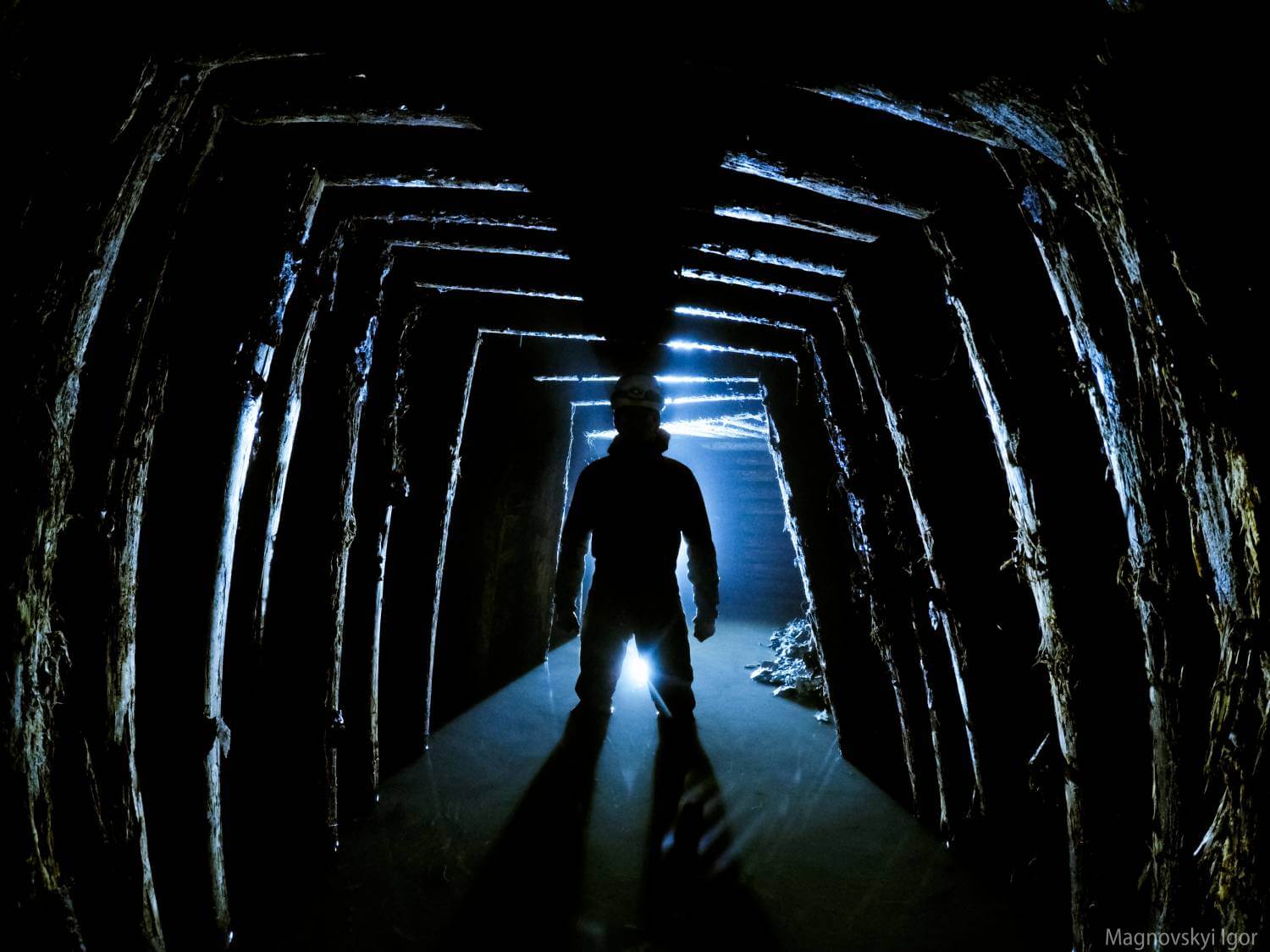 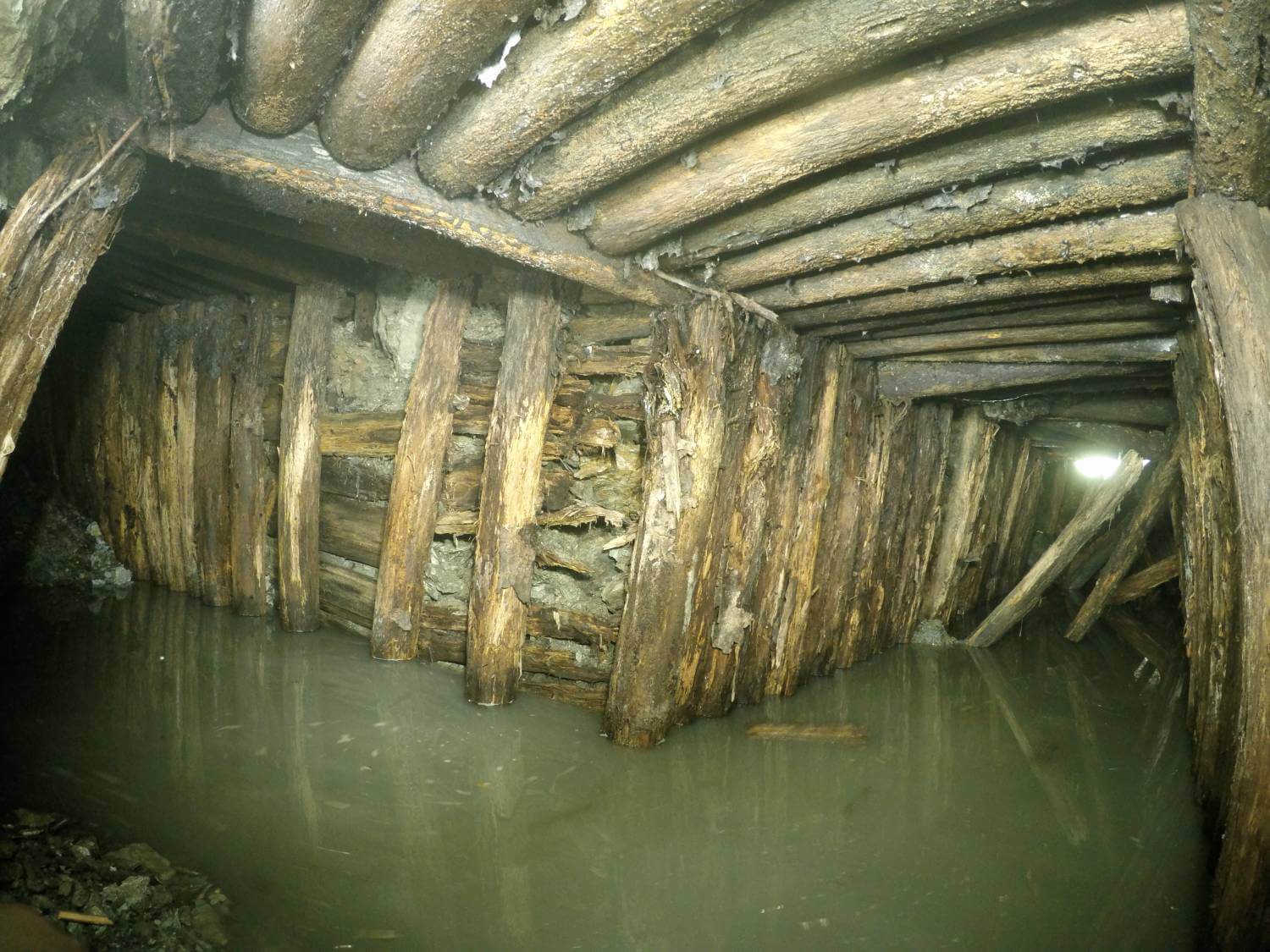 On Mount Lostun there is a vertical shaft of the mine 8 meters deep with a bottom filled with water. This mine was built by the Germans during World War II for manganese ore mining. At one time, geologist Igor Magnovskyi with the help of special equipment and other specialists managed to descend to the bottom of this mine. Two more entrances to the gallery already completely destroyed. However, there is a partially preserved hole of a horizontal gasket of 5 meters nearby, and further down the passage is blocked.

Reconnaissance horizontal stulm, where manganese ore was mined in the past.

Located on the southeastern slopes of the Preluchnyi ridge in the Perkalab Verkhovyna Park. Specialists managed to pass it completely only in a wetsuit. The cave is half filled with water, and the entrance is half destroyed. Tourists can see the entrance to the stulm.