In the Verkhovyna Park you can see incredible structures- Splash dams of the Austrian-Hungarian period Splash dam from the German language ("klause") translates as gorge, pass. They were built at the end of the 19th century, when the rafting of forests from the highlands of the Ukrainian Carpathians began. Then they began to build dams with locks to control the mountain flow. Splash dams have not been used for a long time. Over time, they are destroying, eventually, in parks, they are gradually dismantled. So it is worth hurrying to see with your own eyes the actual "museum" objects.

Lostun splash dam was built by Polacks after the 1927 floods. According to folklore, the master was Andrusyak, a native of Kuty. At that time it was the largest architectural structure in the Carpathians and its water intake was 225 thousand cubic meters of water. The peculiarity of the splash dam was also that the consumption of accumulated water flowed into two holes at the same time. 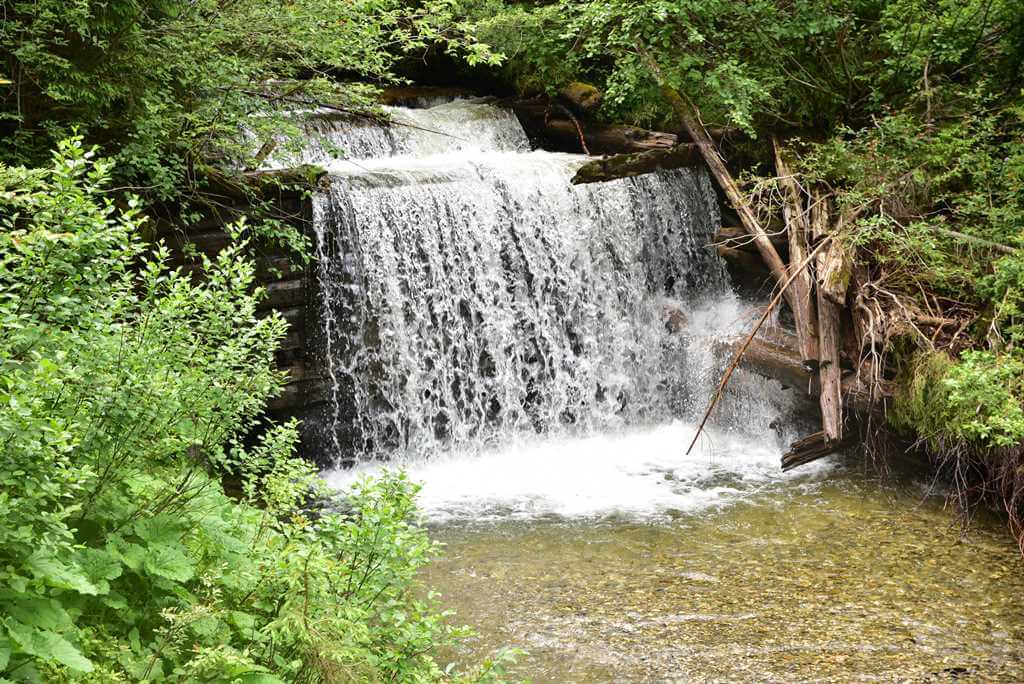 Built in the upper reaches of the White and Black Cheremosh, splash dams played important role in the life of the Hutsuls. The lack of any communications other than water made it impossible for loggers to access forests. Rafting the forest by mountain rivers was almost impossible, because their channels in many places crossed the rocky ledges and the accumulation of boulders. Working on these Splash dams was dangerous and not easy. There was not a year, as eyewitnesses recall, that the mournful howl of the trembita did not inform the surrounding mountains about the tragic death of the helmsman. However, the dead comrade was replaced by another, and the next crew, usually of 4 men, again challenged the stormy Cheremosh. The last rafts on timber floats through forest in Cheremosh by darabars were held in the 70s of the last century.

The names of these Splash dams are connected with the son of the Austrian emperor Franz Joseph - Rudolf. Kaiser had an only son, Crown Prince Rudolf, who in 1889 shot his mistress Maria von Vecher and himself in a hunting lodge in Maerling. It was in his honor that the Splash dam was named to perpetuate the glory of the imperial family. 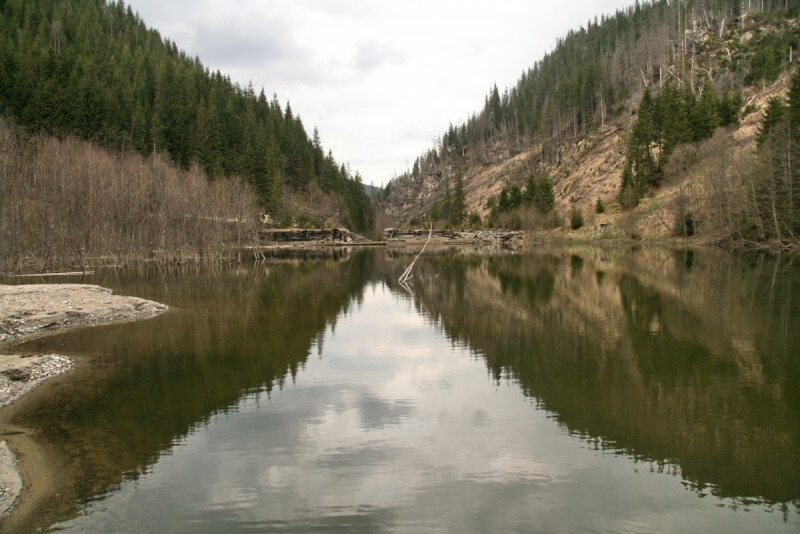 The highest above-sea level is the Baltagul Splash dam, located at an altitude of over 1280 m above sea level. The meadows of Preluka (1567 m), Rotundul (1568 m), and Baltagul (1493 m) are spread around. This hydraulic structure of wood and stone has survived the least destroyed. 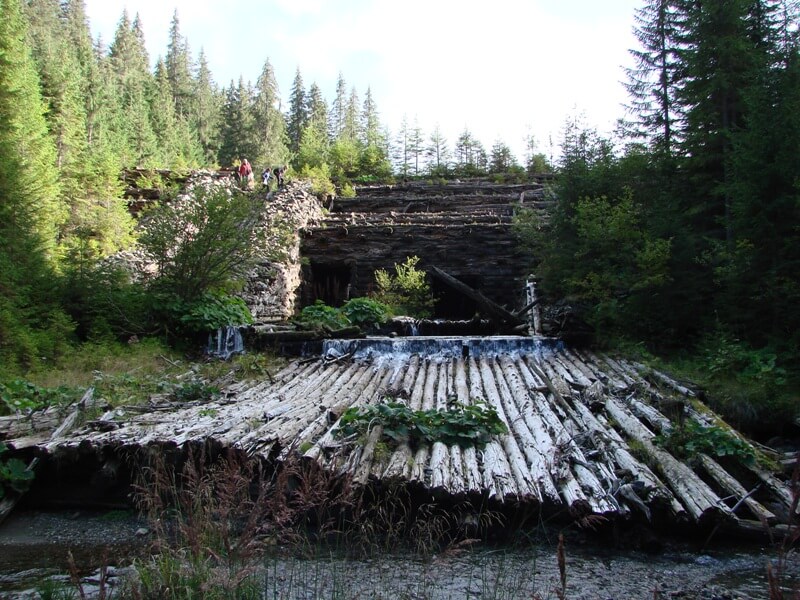